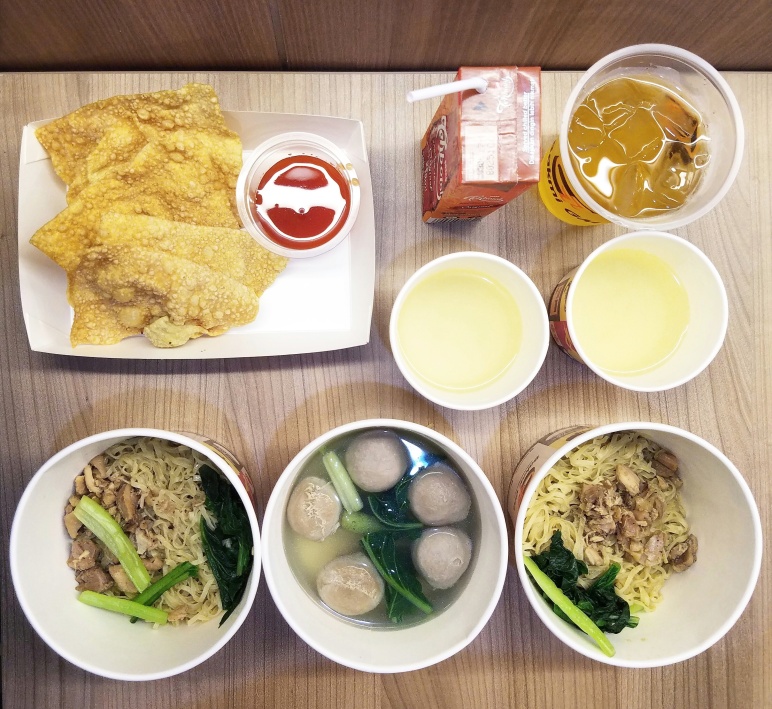 Originally called Bakmi Gajah Mada (I assume it was because the first store, which opened in 1959, was in the Gajah Mada area), Now, it is a franchise with branches all over Jakarta. This was Jeff’s childhood equivalent of McDonalds.

Bakmi Special GM – GM Special Noodles (Rp. 25,909 ~ $2 USD) [Jeff used to like it when he was young, but found it lacking after trying it 12 years later. This is probably because he has tried a lot of delicious food since then. Lynn is not a fan of it either. It’s basically salty noodles with a little bit of oil without any other flavour.]